Surf music has its roots in California from the 50′s and 60′s, but has an interesting following today internationally. 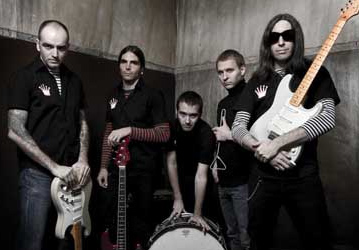 One band worth listening to is Los Coronas, apparently the top surf band in Spain.  Their sound is a mix of 60s surf sound, Spaghetti Western, and Spanish melodies.

Los Coronas played at SXSW 2009, which came to an end just recently.  Unfortunately, I believe they are already done touring the U.S.  If you saw them – tell us what you thought.

Here’s a video timesuck for you: